Construction has gotten to the halfway mark with the Diné Policy Institute.  This school, in Tsaile, Arizona, was the first indigenous owned and operated college in the United States.  I worked with the team there to build a metal framework to attach to their existing railing at the top of the dome on their beautiful 1970s era main college building. 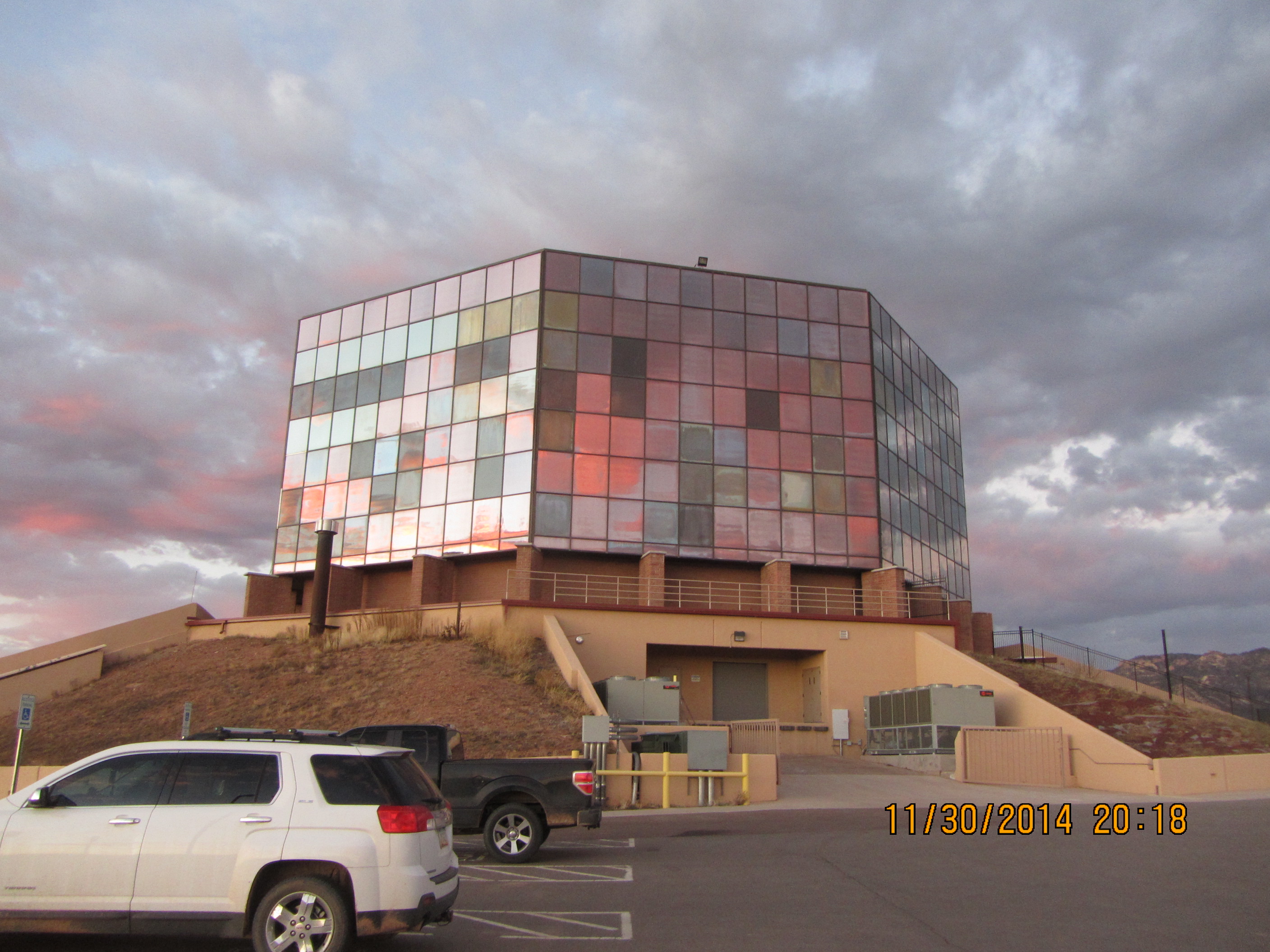 Main Building of the Diné College

It was actually colder in Arizona than in Alaska– because in Alaska we were on the coast, with a similar weather pattern to Seattle;  while in Arizona we were at 7200 feet. Next time I will remember that altitude counts more than latitude when it comes to cold!e

The Diné are the largest tribe in the USA, and the college is one of the major places where the language is taught.  The new station manager, Cuyler Frank, was profiled in the New York Times for doing the play by play for ball games at his college over the radio in the Navajo language. The station will have a wide variety of programs focused on promoting navajo culture and language.

We installed a 300 watt transmitter and the Emergency Alert System. I also tried for the first time a novel type of lightning supression system, invented and manufactured by Nott Ltd in Farmington, NM. (http://www.nottltd.com/lightning.html )   It uses many small wires spread out like a dandelion at the very peak and connected to ground  to create an ion cloud above the antenna, and discourage lightning from discharging to the tower. I have no idea if it works better than a conventional lightning rod, but I know some people swear by them so it seemed worth a try!  I guess we will see after a few storms…