On January 1st, San Joaquin Delta College rebooted onto the FM airwaves after a 20 year lapse.  The station had been on the air when Radio TV department head Will Story was a student, but the administration had axed it in the mid- 90s.  When he came back to lead the department, Professor Story vowed to get the radio station back on the air, and took his sabbatical to wade through all the paperwork of applying for a LPFM and procuring funding. He recruited former student Governor Don Maszewski to lead the effort and be the new radio station manager.  Assisted by Todd Urick of Common Frequency, the station successfuly received a construction permit in the 2013 LPFM window.

Professor Story, Governor Don Maszewski and I lead a team of dozens of students and alumni over the winter break to rebuild the studio and renovate the old mast up on the roof. The studio included a new Arrakis console with bluetooth.  This allows effortless connection to phones and ipads so that you can play a call coming into the studio off of a cell phone, or quick play something you recorded in the field. 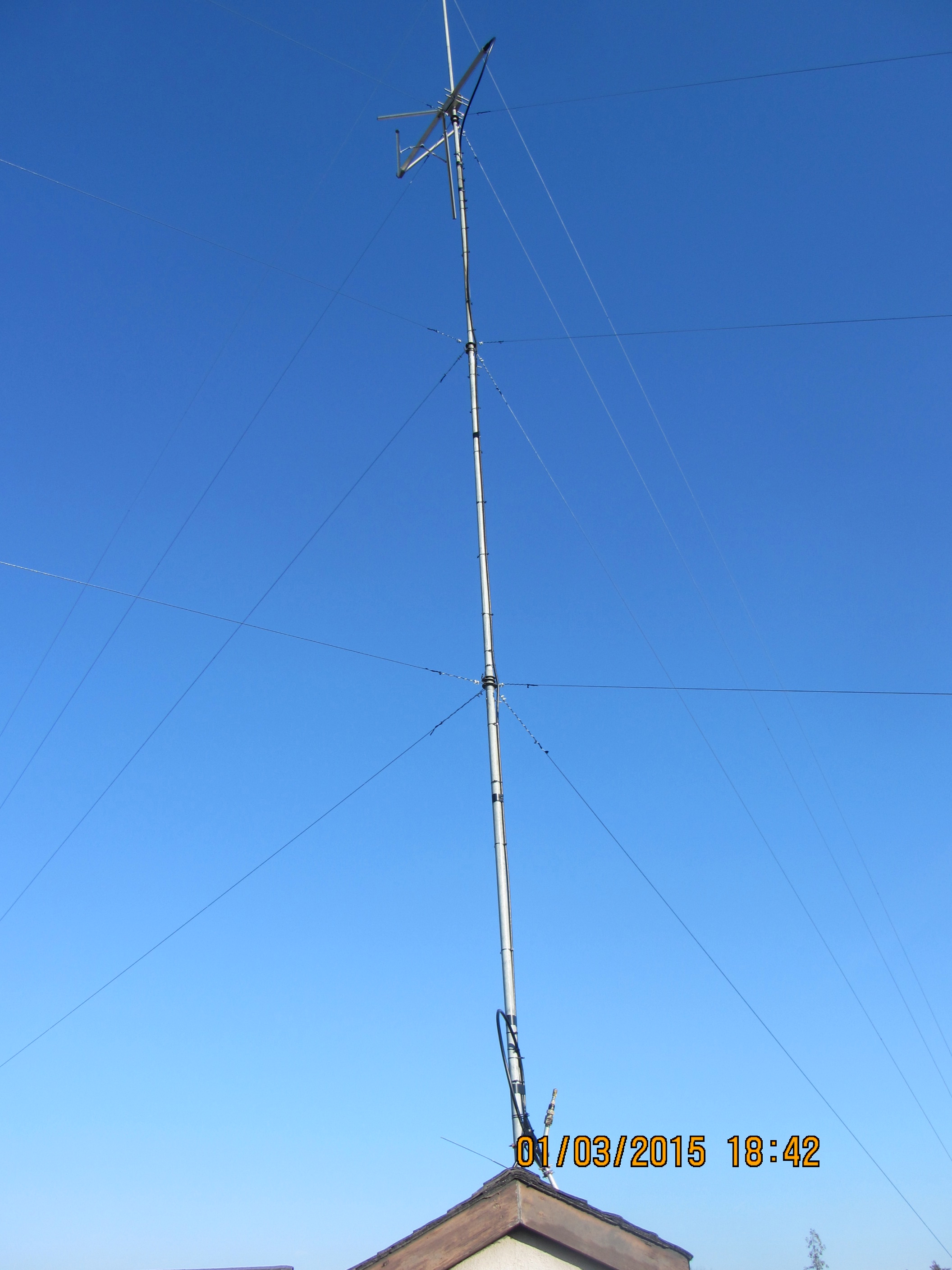 The mast had been standing for over 40 years, and was still in good shape but we needed to replace the turnbuckles, guywires and antenna.  It was tricky, because it was not on one big flat roof like most masts– the guy wires were up to 75 feet long leading off to 4 completely different sections of sloping roofs. We had to spend days building elaborate scaffolding in order to be able to work safely.

The station launched on January 1 to commemorate the 106th anniversary of the first broadcast of music on the airwaves.  A 16 year old Stockton native, Ray Newbym  was the very first DJ in history, playing a recording of Enrico Caruso. The station commemorated him, and played a recording of the same song that first graced the Aether in Stockton 106 years ago. for more, check out:
http://www.kwdcradio.org/
https://deltartv.wordpress.com/2014/11/19/back-on-the-air-kwdc/