In order to get the low power radio bill through  the political logjam that we call the United States Congress, we had to agree to some pretty draconian standards to prevent interference to existing stations– standards far more stringent than most commercial stations have to abide by.  We accepted this unfair compromise because we knew that in real life, interference from 100 watt transmitters would almost never be the problem that the big broadcasters were raising the alarms against– and that was what it took to get the bill done. It wasn’t fair, but it got rid of the last broadcaster tentacles holding us back.

One side effect of this is that we sometimes have to use crazy, fancy expensive antennas that are designed specially not to send signals  towards the ground, in case there are any people that live or work in the first few hundred feet around your tower.  In the industry, normally you want to have big multi-bay antennas on tall towers  anyway to handle your thousands of watts- and they have the side benefit of focusing your energy towards listeners on the horizon, and away from tnearby listeners on the ground.

Low power radio stations can use much simpler antennas– except for this nearby  signals problem. We’d like to find antennas that are cheap to make,  don’t need giant towers but can fit on a pole on a residential rooftop, and still make sure all the energy is going away from the nearby homes and offices, and out to the community!

We have circulated this design challenge among radio engineers we know, and students at the MIT Media Lab where Petri is a “Visiting Scientist” this year.

got some ideas?  like fooling around with antennas?  want to join the party?  get in touch! petri <at > imarad.io

p.s. if you live in or near  philadelphia, we have a once a month antenna experimentation session you may want to get in on. And we’ll be fooling around more with antennas in the fall in Boston, too. 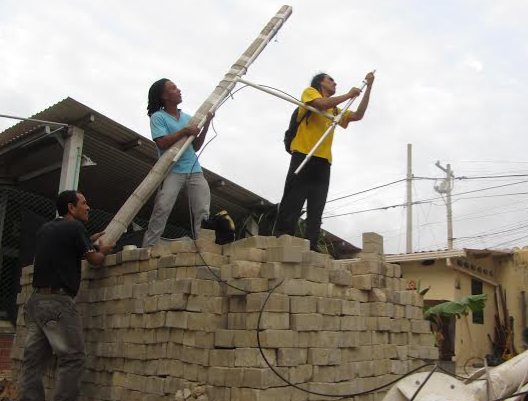