New Station in Fraser Colorado, Soft Launch Onto The Airwaves 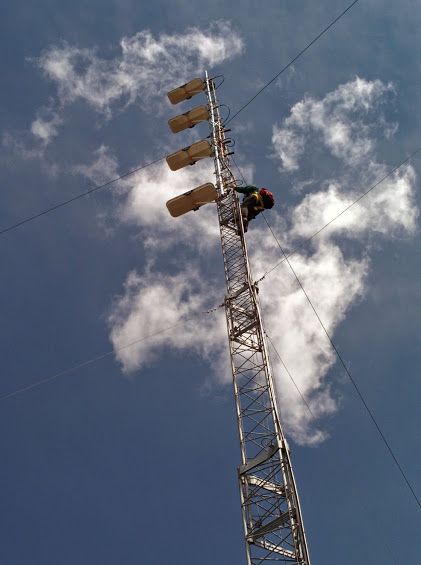 I was recently in Fraser with Denis Moynihan and Dave Dieter, getting this 10,000 watt station on the air before it’s permit deadline expired. It was a race to the finish line, but we got it on the air! Right now it is just a computer with some songs, but a studio is coming soon!

Read More About the Station in Sky Hi Daily News

Many of us in community radio know Denis Moynihan for his many years of work as the special projects co-ordinator for Democracy Now!,  and his weekly column with Amy Goodman. Not as many know his key role in getting the word out during the last several FCC application windows, where Denis put the word out to  the listeners of Democracy Now! and to lots of grassroots organizations he works with about the opportunity to get non-commercial radio licenses. Now Denis is spearheading an effort to launch a community radio station in the town of Fraser, Colorado. He’s working with Anna Winkel, a writer for the local paper to build a local group ready to operate the station. 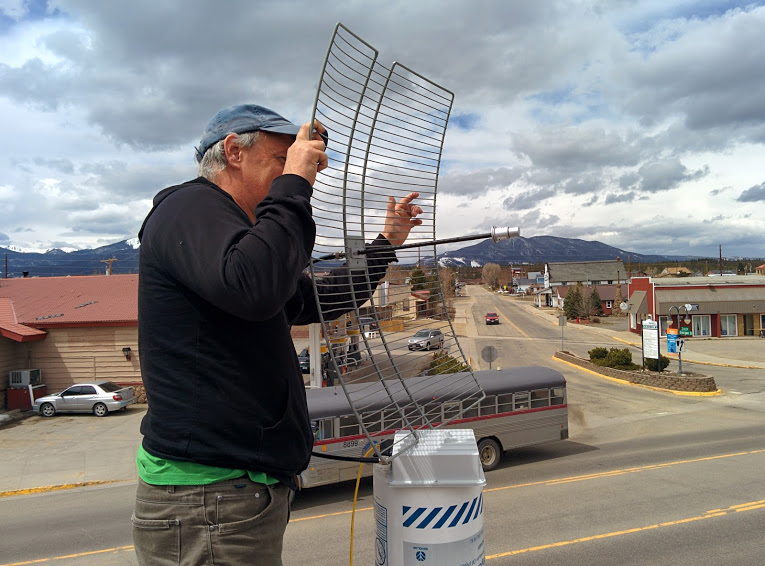 Denis in a futile attempt to hide behind the antenna.

Denis found this great Army surplus radio shelter for just $600. It looks like it was built to withstand World War 3! 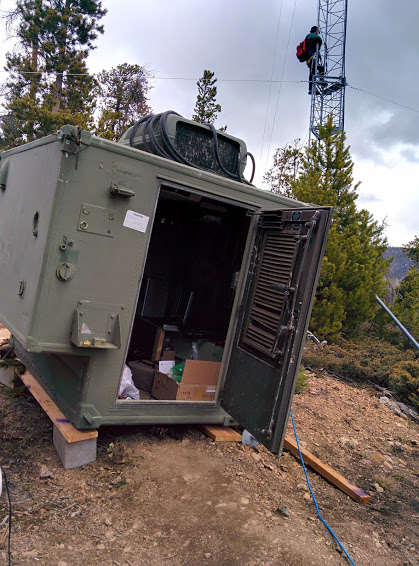 I also got to work with Dave Dieter, an RF engineer who works for a satellite internet provider and is a key member of Denhac, the Denver Hacker space. Ever since he built a 100 milliwatt AM radio kit for his college station, Dave has been looking for chances to get back into broadcasting.  He’ll have his chance to build an FM station 1000 times more powerful than that one, a new LPFM license in Denver, Colorado. 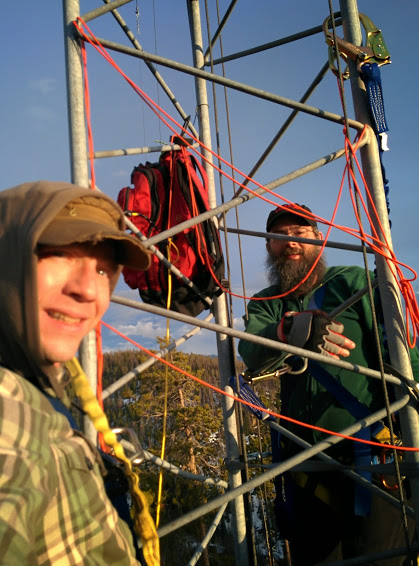 Here’s Dave Dieter and I up on the tower trying to point an STL dish towards town, before the sun set!