About 220 miles northwest from Albuquerque New Mexico, lies an area known as Tsaile, Arizona. It is more well known as Navajo Nation, which stretches across Arizona, New Mexico, and Utah. It is the largest land area “retained by a U.S. tribe.” 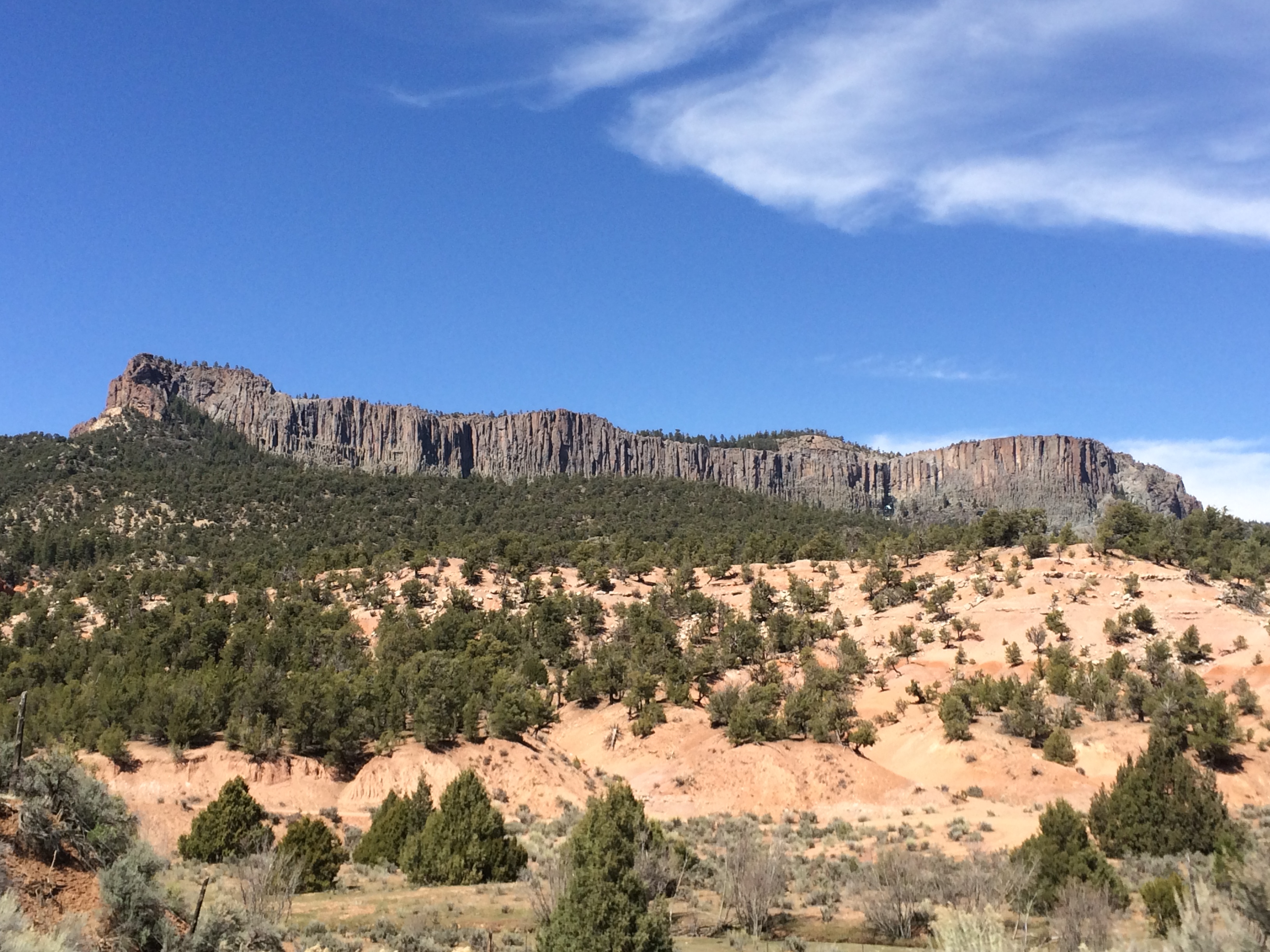 On June 19th 2015 they will launch a new community radio station, housed at Dine College, the first tribal college in the U.S. established in 1968. You can read more about its history here.
“Rooted in Diné language and culture, our mission is to advance quality post-secondary student learning and development to ensure the well-being of the Diné People.” More on the college mission. 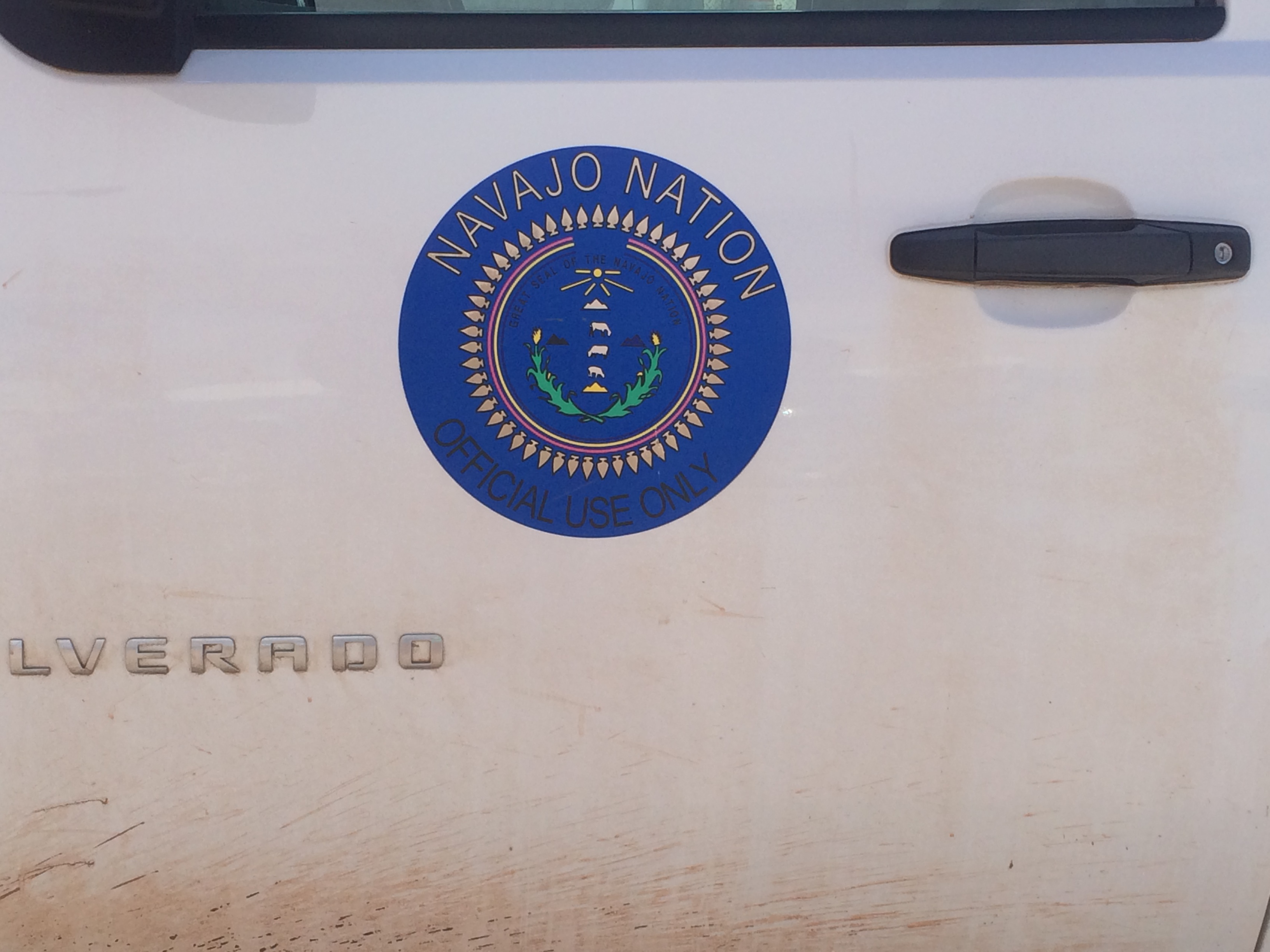 Currently, there are only one or two other radio stations in the area of the college. Staff at Dine College were most excited about using the radio as an educational tool, to promote Dine culture and language. Cuyler Frank will be the station manager, who has the honor of being the first person (documented) to call a sports game in his language.

A highlight during our week long technical visit was having a chance to listen in on a book talk by Evangeline Parsons Yazzie. I recorded her talk and later played it on the new station, 92.1FM as we were in the testing phase. Later that evening we met a man from the reservation who had happened to be listening in to the broadcast and was so pleased to hear his language spoken on the radio. He was an alumni of Dine College and excited to have heard such a meaningful story on the radio. (The book; “Her Land, Her Love” is written in English, but with Dine dialogue, is a love story surrounding the events of the Long Walk. You can see more on her fan page, and learn more about the Long Walk.)

Listen in on our first live broadcast during the testing phase of the new station here! You can also watch a short video clip of the First Broadcast between James McKenzie, of the Dine Policy Institute and Cuyler Frank. They discuss what is means to them to have this radio station and the uniqueness of Dine College. You can also hear their dialogue in their native language. 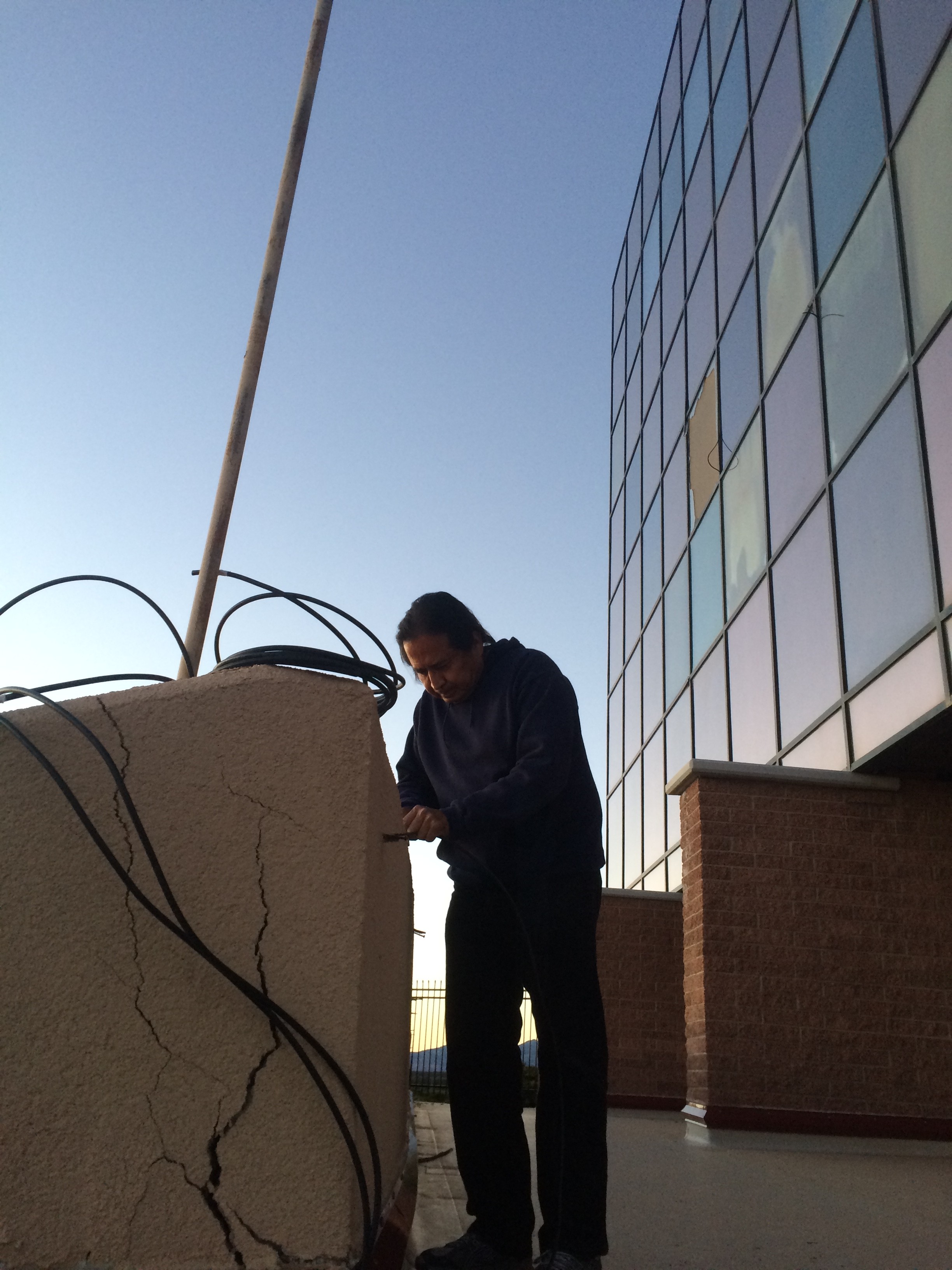 Above, one of our faithful volunteers, Marvin, assists in installing the FM and AM antennas for the Emergency Alert System. Below, students from an English class join us in the studio. The best part of the experience was introducing radio concepts to the student groups and volunteers who came through during our technical work. We also gave a presentation of our radio experiences in other parts of the world! 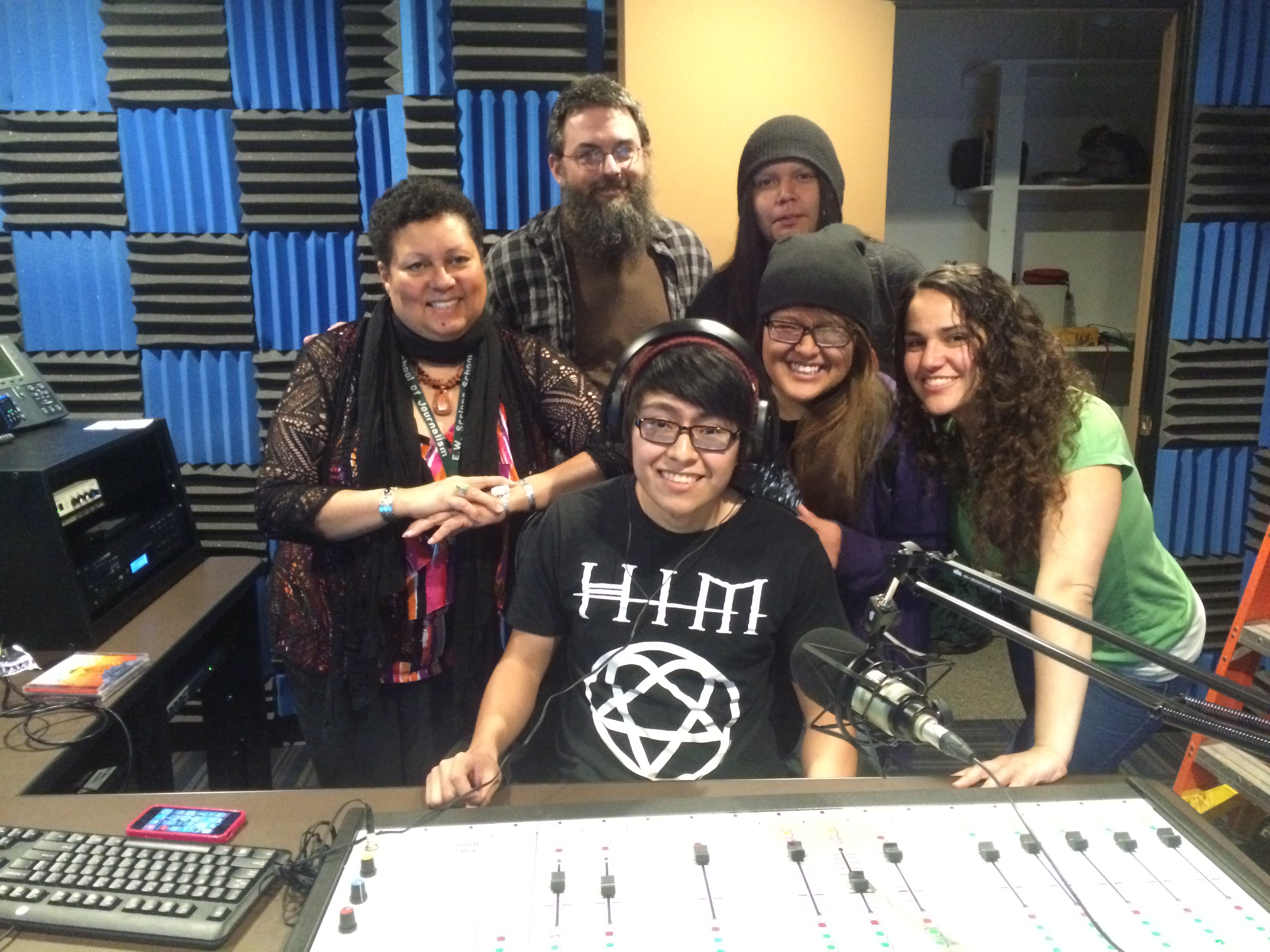