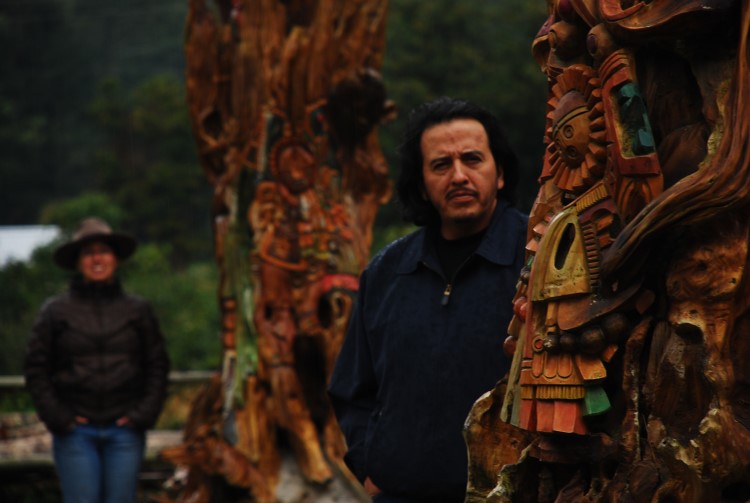 International Media Action is pleased to announce our hire of Pavel Uranga as the Journalist/Trainer for our new joint Project with Prometheus,  SCRAP ( Swarming Community Radio Allover Philly).

Pável Uranga started doing radio in 1979 and has worked in various community radio projects in Guerrero, Oaxaca, Mexico City, Chiapas, Saltillo (México), Blue Fields (Nicaragua), Quiché (Guatemala), La Esperanza (Honduras), and Quito (Ecuador). In Honduras, in alliance with the Civic Council of Popular and Indigenous Organizations (COPINH), he helped establish Radio Liberada to support the popular struggle against the coup. He was also responsible for helping build and establish four new community radio stations, and the creation of the National Network of Community Radios. As a community journalist, he believes “anyone can do radio.” Radio is meant to promote candid, honest conversations with people who work tirelessly for social, gender, racial, economic, and environmental justice; allowing through their voices to understand why ordinary people engage in collective action.

In Philadelphia, SCRAP will support the construction of a network of ten community radio stations. Its purpose will be to uplift the voices of people who risk their lives daily to confront the pandemic, and support those who face structural racism and inequality. We want to uplift the narrative of the people, with their own voice and in their own terms, to highlight the centrality of local news and its connection with the feeling of community. In collaboration with veteran journalists, we are going to train a new generation of community journalists to help create a new picture of Philadelphia. A city with multiplying voices of Philly’s multiethnic neighborhoods and voices to help to create a new dimension of citizen power, of social resilience, of democracy built from below, of a deconstruction and reconstruction of the social fabric.